Details about the developer of Sodic East 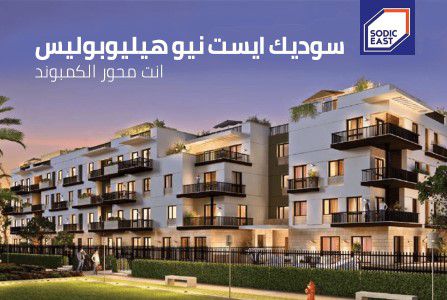 SODIC is the real estate developer of SODIC East and is one of the most prominent Egyptian real estate investment and development companies that emerged in the mid-1990s, constituting with its construction and urban developments a significant civil and urban transfers at the local Egyptian and Arab regional level.

SODIC is known in Arabic as Six of October Development and Investment. Through this article, we will try to know more about the details of the real estate developer of Sodic East compound and the most important previous work.

SODIC has a special position Why?

Comprehensive information on the Townhouses for sale in Shorouk City

Townhouses For Sale In Sodic East

SODIC, a clear vision, and strategy

SODIC seeks to provide the greatest possible luxury and sophistication in the life of the individual through the adoption of new creative methods in the field of construction and real estate development, This is what SODIC's vision strives through the company's strategy to create sophisticated and attractive complexes and residential units, and to satisfy the tastes of different customers who hope for a better life.

SODIC has a long and distinguished work established through its projects of residential and urban complexes since the mid-nineties until now, and in these lines, we will try to highlight the most important of these projects: -