All Details about Rawdat Zayed Compound 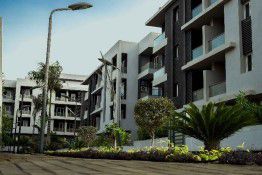 Al Offoq that affiliates Al-Moez Group have established an integrated compound that suits many fresh graduated youths or with limited income where it provides various residential units inside a residential compound with full services like markets, schools, and hospitals.

This is in the center of Zayed City and next to Continental Park one of Al-Moez Company's projects too, to provide the best services and utilities and at the same time, it has a special strategic and attractive location.

The location of Rawdat Zayed Compound

Rawdat Zayed Compound has a strategic attractive location that is considered a golden opportunity in front of many youths that want to live in 6th of October city but in residential apartments with suitable prices, as it's located near:

The space of the compound is very large compared to the other residential compounds available in Rawdet Zayed of the same category where the project includes 38 residential buildings that include 1512 apartments and their spaces start from 63 meters or more.

The Height of the units doesn't exceed 5 floors and the company worked on designing the units with attractive styles and special elevations that resemble the European countryside where the units were constructed on 83% of total space.

And that's opposite to the popular system in many high residential compounds where the spaces were used in a fair way to provide residential units and complete services, and at the same time, it provides green spaces and parks that surround the units from different angles.

A brief about the executing company for Rawdat Zayed project

What are the available services in Rawdat Zayed Compound?

All Information about The Best Seikh Zayed Compounds