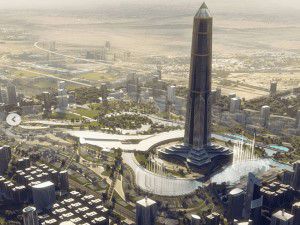 Oblisco Capitale has listed as the tallest tower in the world, which has been the share of Burj Khalifa in Dubai, making a huge architectural and engineering level of the fact that the length of nearly 1000 m to be on the top of the list of innovative designs, you can see that the tower is inspired by the special shape the ancient Pharaonic obelisk to prove that the greatness of Egyptian history is still continuing, especially with the combination of the latest international designs at the same time.

All Information about the best compounds in New Capital

Learn about the most important features of Oblisco Capitale Tower

It is worth mentioning that the tower consists of 250 floors inside which contains what can be described as a single world that includes all the services you may be looking for, including: