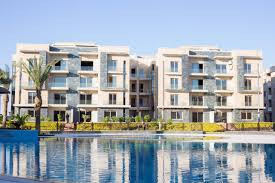 IL Bosco City El Mostakbal City Compound is from the huge and special projects that are special for its international and modern designs, the city also has a very special location on the best roads and axes.

Know All about New Cairo Compounds

More information about Properties for sale in Mostakbal City

What are the most important services in IL Bosco Mostakbal City?

IL Bosco City Compound is from the huge projects in El Mostakbal City, as it was constructed on 268 acres, and it has many services that made it from the best residential units, and from these services:

Find out more about the highest compounds in  Al Mostakbal City

Misr Italia Company is the executing company of this project, and it's from the famous companies in the real estate marketing field in Egypt, also it owns many important projects and it has an important vision, and from the company's projects:

It's considered from the huge projects in the New Administrative Capital, and it achieved a huge success in all fields, and it's located in the center of the capital and especially in the Southern Mohamed Bin Zayed Road and near all the vital locations in the capital, and the project was executed on 200 acres.

It has many services, and it was constructed on 41 acres and includes 131 villas, and it's located in a vital district in the Fifth Settlement and it's 10 minutes away from the American University and it's near from the Teseen Street.

It's the second project of Misr Italia Company in the Administrative Capital district, and the company constructed it depending on the great success that it achieved in IL Bosco City Compound, and the project is constructed on 110 acres, and it's located in the most special district in the capital which is the Seventh District that's considered from the best neighborhoods in the Administrative Capital.