Details about the developer of Sodic Westown 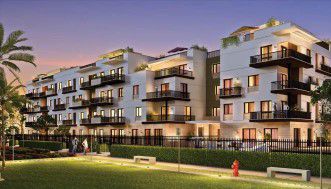 The establishment of Sodic Sheikh Zayed

Why is SODIC special?

Comprehensive information on the Twin Houses for sale in Sheikh Zayed

Vision and strategy of SODIC

SODIC, through its large-scale urban and civilization projects throughout Cairo and Giza, aims to contribute to new urban housing complexes of a modern and distinctive character on Egyptian land in a global style, mostly Italian and French. By working on a distinctive strategy, the company is trying to meet the wishes and aspirations of different customers to move and develop from the lifestyle prevailing in the heart of the capital.

The Previous works of SODIC

SODIC has been able to set a precedent full of many urban projects that have spread throughout Greater Cairo throughout its history and since its inception from the nineties of the last century until now.

You can read about the largest and most important projects of SODIC's previous work as follows:

Information about New Compounds in 6 October