The Developer Of Atika Compound In New Capital 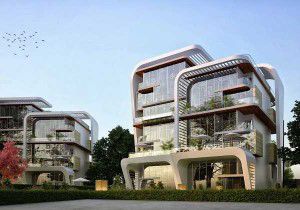 Atika New Capital Compound is one of the recent most important projects executed in New Capital and this mega residential project was executed according to the modern standards that bring both, luxury & modernism together so that a variety of spaces & residential units is offered. In addition, this unique residential project was executed with the collaboration of both, Green River & New Plan which led to the project to show up uniquely reflecting the long standing experience the two companies have.

More Details about The Best Compounds In New Capital

Atika Compound is located in the heart of New Capital, one of the most active areas that is located in an opposite location to Central Axis R7 located in G1 as the compound is located directly next to British University which makes the compound in a super active area in New Capital besides the fact that it became easily reachable destination as the location is close to vital spots in the center of New Capital like Green River, Fair Zone, Hay El Sefarat. The project is basically a blocks project and each floor of a block contains 5 apartments while there are blocks whose floors contains 6  apartments per floor.

3. Walid Al Mansoob Al Khalil as he is a co-owner with 50% of shares besides his ownership of Al Rashed Enterprises, which is one of the most important real estate companies in KSA that offered many projects as the most prominent of these projects are:

As for New Plan, we can notice that the company got the biggest portion by executing 3 projects in New Capital professionally & accurately selected to be in the most prominent locations like Serrano Compound, Atika Compound & Eleven project that was allocated for initiating a commercial project that's located in business district. So don't waste the chance and get your unit in Atika Compound soon as the average meter price starts from 13.500 L.E per meter.

Get To Know The Cheapest Compounds In New Capital