Own you unit now in Aeon 6 October Compound by Marakez 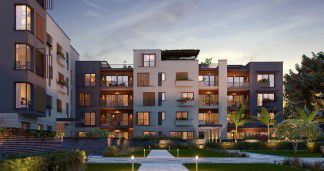 From 1,400,000 EGP
Status Under Construction
Delivery Date 2021
Developed by: Marakez

Aeon Compound is one of the largest and famous residential compounds that are available in El Sheikh Zayed in the center of the 6th of October city where it's special for a strategic location in front of the Mall of Arabia, in addition to the attractive architectural designs and the utilities and the entertainment activities and also the landscape which Marakez Company worked on designing it with a classy shape that resembles the residential compounds in UAE and Saudi Arabia and different European countries.

It's considered the first compound in the 6th of October city that depends on the high towers, and that made it a golden chance for many people who want to live in the middle of the charming nature and the high towers that make him see October city completely from above, and at the same time it's near all the services and activities available in Mall of Arabia.

Find out more about the highest Projects in 6th October city

Know the location of Aeon Marakez

Aeon Compound is found in a very strategic location between El Sheikh Zayed city and the 6th of October city on Mehwar 26 of July directly which made it links between many vital districts inside the city and outside it like:

The Space of Aeon 6 October

Know More about The Newest 6th of October Compounds

Properties For Sale In AEON

A brief about the executing company of Aeon Project

It follows Al-Hokair Group company in Saudi Arabia that worked on constructing many investment projects in Egypt that achieved huge success since it was established in 2008, like:

The services available in Aeon Compound

The company wanted to provide a huge number of main utilities to complete the role of Mall of Arabia for constructing a complete compound, for example:

The units' spaces and the meter's price in Aeon