About Jaya Project New Capital  One of the most important malls in New Administrative Capital, which provides all comprehensive services, offers, and facilities to its customers and investors.

Project Space  A vast space of up to 6,000 square meters.

Payment methods  You can pay a reservation downpayment ranging from 5% to 40% and the rest of the amount over a period ranging from 5 up to 13 years. 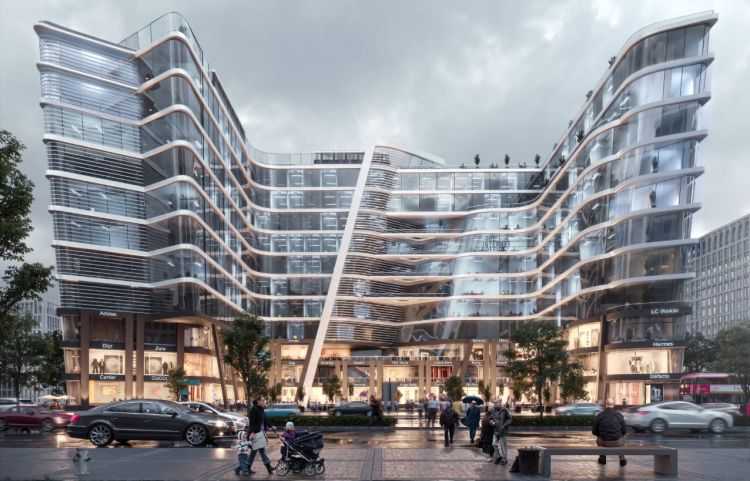 Buy Your Store With ​​50m In Jaya New Capital

Offices For Sale In Jaya Mall With ​​113m

Own An Office Inside Jaya The Administrative Capital

Own An Office In A Strategic Location In Jaya Mall

The Cheapest Office 115m For Sale In Jaya New Capital

Own Your Office In Jaya The Administrative Capital ​​90m

Take The Opportunity And Get An Office In Jaya Mall

Units With ​​58m For Reservation In Jaya The Administrative Capital

Your Store 56m In New Capital In Jaya Mall

Own Your Store In Jaya Mall With Various Payment Systems

Hurry Up To Book In Jaya Mall, Units 45m

Get A Store In Jaya New Capital With ​40m

In new capital, Book Your Shop In Jaya Project

Receive Your Store In Jaya Mall With ​​30m

About Jaya Project New Capital: One of the most important malls in New Administrative Capital, which provides all comprehensive services, offers, and facilities to its customers and investors.

Project Space: A vast space of up to 6,000 square meters.

Payment methods: You can pay a reservation downpayment ranging from 5% to 40% and the rest of the amount over a period ranging from 5 up to 13 years.

Discover the cheapest price per meter in New Capital compounds

Jaya Mall New Capital is a great investment opportunity because it is located in New Capital, which represents the future of investment in Egypt. On the other hand, it is full of services, outstanding offers, and facilities for its customers, so it can be said that it is first in the client's interest and undoubtedly ensures the success of Jaya Project New Capital.

The mall is a landmark in New Administrative Capital because it is located in a central area, which is Downtown area, plot Mu2/39 that necessarily makes it the focus of everyone's attention, whether investors or even Shopping lovers in Jaya Mall New Capital.

Another of the most important feature of the mall is its construction on two main streets up to 90 meters wide, which increased the importance and excellence of its location that also has a unique view of a wide green patch, in addition to owning the largest Batio in (Downtown) with a space of up to 5250 meters, as well as its proximity to important vital places in Jaya Project, such as:

Jaya Business Complex Mall is not only a place for shopping but also for hiking as it is built on a large space of 6000 square meters, with water bodies, service facilities, beautiful views, and decorations, while the buildings occupy only 30%.

The modern high-end design of Jaya Mall New Capital is enough to draw attention to it without many other malls. and although it has only administrative and commercial units, it consists of multiple floors, as it has 2 underground floors with a space of up to 12000 meters and a ground floor with 10 floors repeated.

The facade of Jaya mall is 106 meters and offers commercial and administrative units to its customers in different spaces to suit the nature of the activity inside it, its spaces are:

The client will not only be able to book his unit in the space that suits him, but it will be fully ready to start its project immediately because all units are super luxe finished and equipped with air conditioning in Jaya Mall New Capital.

Jaya mall is an exceptional investment opportunity that will probably never repeat because it is full of many outstanding services and offers its customers great features that are difficult to find elsewhere, as Jaya Mall New Capital offers them all of the following:

With all these features, the only drawback of Jaya Mall New Capital from the point of view of some, that it is somewhat away from the center of Cairo due to its location in New Administrative Capital, but this is no longer a defect due to the construction of new roads linking New Capital and Great Cairo, and facilitating the movement between them significantly.

You won't get just many services and exclusive benefits within the mall, but competitive prices and great discounts too, where the price per square meter of administrative units is estimated at 20000 EGP before the discount and after a 10% discount (the launch) is only 18000 EGP, while the price per meter is 30 thousand EGP in the shops and commercial units and although the price of the unit varies according to its space, type and floor, the lowest total price inside the mall is 468 thousand EGP in Jaya Mall.

Find out about the best compounds in New Capital

Despite the variety of payment systems offered within the mall, all of them are characterized by special facilities that enable the buyer to pay for the unit with ease and an installment system (equal installments) without paying additional interest. These systems are:

Jaya Project New Capital is worth noting that the minimum downpayment for the administrative unit reservation is 20000 EGP up to 50000 EGP for commercial units. The buyer bears a 10% maintenance cost, with units to be delivered to customers fully finished within 3 years (2024), knowing there is a 30% discount in a cash payment.

Egyptian Developers Company (Egyptian Real Estate) succeeded in implementing Jaya Mall in an integrated and modern way through the use of major companies and human cadres that enabled them to achieve great excellence in their first project in New Administrative Capital, such as:

The company that owns the mall "Egyptian Developers" is always used to carrying out outstanding projects and this is clearly reflected in its previous work, including:

Located in Downtown Area New Administrative Capital.
Price per meter Starting from 18,000 EGP.
+201009808986
Egyptian Developers.
20 units
You can pay a reservation downpayment ranging from 5% to 40% and the rest of the amount over a period ranging from 5 up to 13 years.
A vast space of up to 6,000 square meters.